Does obesity, or even high-fat food, change the brain?

Experiments with mice suggest that fatty foods can cause inflammation in the hypothalamus of the brain. It’s an area that helps to regulate hunger and thus body weight; Isaac Asimov called it the “appestat” and suggested that fat people were hungrier people.

Here’s the article: “Could obesity change the brain?” Inflammation is seen after one high-fat meal. It does down after a week or so, but then a month later it comes back and persists for many months—a long time in the two-year life span of a mouse. Does it change the mice’s appetites? I’m not sure. Michael Schwartz, a professor and director of the Diabetes and Obesity Center of Excellence at the University of Washington, says “This might reflect fundamental biological changes in how the brain works that help explain why it’s so hard to keep weight off.” The research was published in the Journal of Clinical Investigation (J Clin Invest. 2012;122(1):153–162. doi:10.1172/JCI59660).

It’s also possible that obesity, a longer-term exposure to fat in the bloodstream, causes persistent inflammation, as found in earlier studies of obese lab animals. Exactly what does this mean? The researchers are now looking at NMRI scans of obese humans and finding have inflammation of the hypothalamus.

Inflammation in the human hypothalamus: A, normal weight; B, obese.

It’s suggestive that some of the best diets reduce the amount of fat eaten and gradually reduce the craving for fats. 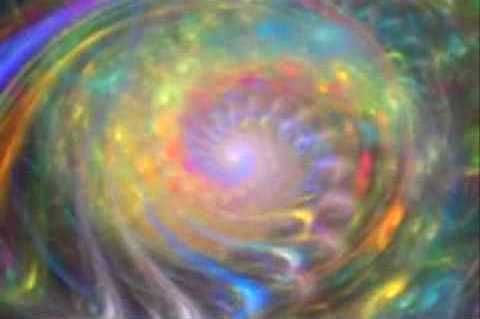 Here’s another piece of non-evidence for souls: High levels of CO2 in the blood cause Near Death Experiences (NDEs) such as lights, tunnels, etc. You can’t prove that something doesn’t exist. However, this shows that personal experiences often cited as proof of life after death are in fact much more likely to be effects of blood chemistry on the brain.

If you’ve ever fainted or been knocked out or perhaps anaesthetized, I think you have a good idea of what death is like–like turning off a light. If you died suddenly, you wouldn’t even notice. There’s nothing to fear except missing the rest of your own story. What we imagine–an experience of being dead–doesn’t happen. We can’t experience death because we won’t be there to do so. It’s like, as someone said, thinking that 70 miles per hour still exists after the car has crashed.

Organic cause for compulsive hoarding?

An article from New Scientist in 2003 said that damage in a certain part of the brain leads to compulsive hoarding, by giving free rein to the dim satisfaction of squirrelling things away.

Steven Anderson of the University of Iowa and his team studied a group of pathological collectors. They found that damage to the frontal lobes of the brain impaired judgement and caused emotional disturbances. But only when the injury extended to the right mesial prefrontal cortex, a tiny region of our prefrontal cortex, did the patients develop a serious collecting habit too, Anderson told a meeting of the Society for Neuroscience in New Orleans this week.

Previous work in rodents shows that more primitive, subcortical brain regions produce the drive to collect food or useless objects. No matter how much they have stashed away, animals will just go on collecting. We have the same basic drive, says Anderson. But the right mesial prefrontal cortex can normally discriminate between something of value and something that’s useless, and keeps the drive in check. When it is damaged the more primitive collecting drive comes to the fore.

Hoarding is associated with obsessive-compulsive disorder.

Hoarding is a compulsion that results from excessive concerns that certain objects cannot be discarded because they might be needed later. It may also involve excessive acquiring, such as compulsive shopping, extreme collecting, or acquisition of free things (e.g., free newspapers, pens, junk mail). Hoarding can be a result of severe indecisiveness over what items should be kept versus discarded; the hoarder simply cannot decide, so decision is avoided and all is kept. Hoarders also have difficulty figuring out how to best organize those items which are kept; as a result, the hoarder amasses piles of disorganized objects.

Bicycling has an article about a young man who controls attention deficit and hyperactivity through exercise.

Adam was a rambunctious kid, but his behavior didn’t strike them as unusual. Adam’s ADHD wasn’t extreme or debilitating, the assistant principal told the Leibovitzes. But that wasn’t necessarily a good thing. The boy’s condition was acute enough to cause learning problems but mild enough that he’d likely slip through the system’s safety net for special-needs students….

His parents worried that he wouldn’t keep up. “As he grew older, every year he’d be expected to concentrate a little harder and sit a little longer in his seat,” his mother says. “When it came time to do his homework, he’d be rolling around under the table or running into the next room. He’d shout out the answers to us. He always knew the answers. He just couldn’t sit still to write them down.”…

For the past 30 years, athletes, coaches, sports psychologists and medical researchers have probed and debated one of the most complex mysteries of the human body: How does exercise affect the brain? Common sense and our own experience tell us it does something. Every parent knows the best way to settle down a hopped-up kid is to take him out to the playground and run the bug juice out of him. A generation ago, teachers and coaches frequently used this approach as well.

This seemed a homespun, intuitive remedy, but in fact there was a scientific basis for it. In 1978, two years before the National Institute of Mental Health (NIMH) recognized ADHD as a condition, W. Mark Shipman, MD, conducted a simple test. Shipman was medical director of the San Diego Center for Children, an institute for psychologically troubled children. Back then, kids at the center were among the few in the United States taking psychostimulants such as Ritalin to calm what was then called hyperactivity. Kids can be naturally impulsive, inattentive and overactive, but those with ADHD are more so, all the time. (ADHD is an umbrella term that also includes ADD, attention deficit disorder.)

Shipman sent a group of hyperactive kids running for as much as 45 minutes a day, four days a week. An amazing thing happened: The running kids started acting as if they were getting extra doses of medication. After a while, the doctors who monitored the behavior of each child began lowering drug doses for most of the runners. Very few nonrunning participants had their doses reduced. The doctors who were administering the doses didn’t know which students were running; the changes in behavior were that clear.

Shipman’s study might have led to a boom in physical fitness programs for ADHD-identified kids. It didn’t. Instead, just the opposite occurred: Doctors began writing more prescriptions.

I’d forgotten about this until I began re-reading Great American Science Writing of 2007. Beside’s Mark Chapman’s excursion to the U.S. court case Kitzmiller v. Dover, it has an article about Bill Choisser’s discovery of face blindness. It’s a neurological condition that keeps people from recognizing faces. They will literally pass their own mothers on the street (as Bill once did) without recognizing them. It can lead to scarily funny moments, such as a fellow trying to start up a conversation with an attractive woman—who turns out to be his ex-girlfriend. People with face-blindness go to extraordinary lengths to live socially—to remember, and greet, people they know or meet.

The condition was known before, but in isolated cases of brain damage. The Internet, with its usenet groups and, later, Yahoo Groups, enabled the congenitally face-blind to find each other, realize how profoundly different they were from others, and break through some of their isolation. They provide subjects for research. The condition is now called prosopagnosia, from the Greek prosopos, face, and agnosia, not knowing. The odd thing is that they can learn to recognize houses or cars, the same way anyone else does. They try to learn faces that way But the talent of recognizing faces is so inborn and so sensitive that there’s really no way to recreate it by trying.

I wonder if people who “never forget a face” have an unusually large “Face Processing Area” in the visual cortex?

Neuroskeptic: “fMRI gets slap in the face with a dead fish”

Neuroskeptic blog (“because brains are stupid”) has a nice commentary on the dead salmon brain-scan story.

How are are minds shaped 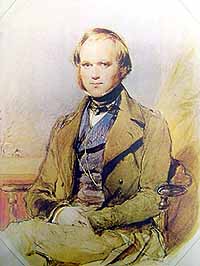 A Replicated Typo has a long article about the origin of our minds.

Charles Darwin… proposed that there is “no fundamental difference between man and the higher mammals in their mental faculties.”

…The notion that we can identify a sequence of adaptations accounting for the evolution of minds in animals stems from research into social cognition, particularly surrounding Premack & Woodruff’s (1978) concept of a Theory of Mind.

…Even though there are differing degrees of behavioural complexity across various animal domains, can a sequence of adaptations be established?

Our brains are affected by genes, but our surroundings and experiences influence how our brains develop. This summary and exploration is a fascinating peek into a complex problem.

John Shore of Suddenly Christian underwent an overwhelming religious experience one day while in an office-supply closet, presumably alone. That suggests a surge of brain activity in one of the areas that generates religious feeling. And certainly the research has been around for several years:

Philip K. Dick underwent a series of spontaneous religious experiences a few years before he had a series of strokes. He found the experiences convincing but realized there was no outward cause for them. I would want to know if perhaps the brain problems started earlier than he realized.

“People with injuries to the right parietal lobe of the brain reported higher levels of spiritual experiences, such as transcendence,” Johnston said….

Based on their own experiments and their analysis of previous studies, Johnston and Glass propose that the left temporal lobe, “with its connections to the limbic system where experiences are provided with emotional valence,” may be the part of the brain where religious archetypes such as god figures, savior or prophet figures and demonic figures are generated….

So if they are right, one part of the brain — under certain conditions — produces feelings of spiritual transcendence, while another part interprets those experiences through the prism of the person’s religious or cultural tradition.