Lesbian families are better for children

I should have mentioned this research before, but Rick “Frothy Feces” Santorum has motivated me by claiming the lie that a gay father is worse for children than a father in prison. Hasn’t he seen the studies? The American Academy of Pediatrics recommended that same-sex marriage be legalized for the good of the children. He should read the long-term research study showing that children of lesbian households are better adjusted (possible confounding factors: planned pregnancies, lots of joint custody) than of mixed-sex households, with superior marks, self-esteem, and behaviour. Then he should read the study that reported ZERO INCIDENCE of child abuse in lesbian households—if he does read, that is.

Furthermore, same-sex marriages are no worse for children than mixed-sex marriages. From the paper by the American Academy of Pediatrics comes a virtual roll call of America’s psychiatric associations endorsing gay adoption, gay civil unions, and gay marriage: 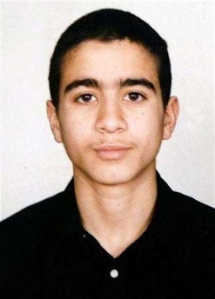 Omar Khadr, Canada’s former child soldier, has reached a plea bargain with U.S. authorities that will avert a trial. He has confessed to throwing a grenade that killed a U.S. soldier, planting roadside bombs, and receiving military training. I suspect that the latter is true. It’s possible that he attended bomb-making sessions. There is no evidence that the either planted bombs or threw a grenade; but I’ve no doubt that the choice was presented to him as, “Sign a confession or you’ll be here for the rest of your life.” Khadr has been in prison since 2002. He has been tortured; U.S. medical personnel have testified that he was strung up by the arms and left. And since the U.S. in its war on terror has repudiated habeas corpus, the principle that you must have a case against someone before you can hold them for months or years, it was a realistic threat.

Omar Khadr was one of several people in a house that the U.S. army was firing upon, and when discovered he was unconscious, buried under rubble, with bullet wounds in his back. He was also fifteen years old, too young to be prosecuted according to the United Nations. He may have been trying to escape from the house when he was shot. He was discovered when a soldier trod on him. It is much more likely that one of the adults in the house, who were firing back and had stronger arms, flung the grenade. The fact that Canada has not vigorously pushed for his release says more about the Harper government’s attitude towards brown Canadians than about Omar.

Enforcing bedtime is good for children

More from our new magazine, Duh! Helping, encouraging, and even forcing children to go to bed at a regular time helps them to get enough sleep and to stay healthy.  Turning down the lights and slowing down activities helps children to relax and get ready to sleep. They’ll do better in school and have fewer illnesses. There’s an article about it on CNN.