Llama antibodies may lead to new treatments for HIV

Antibodies found in llamas are smaller and denser than ours and may be better at getting at receptor sites that the HIV binds to. Five antibodies against HIV, which work in vitro, have been identified. There’s still the problem that our antibodies may react against the llama antibodies. Read about the newly discovered llama antibodies.

The image below compares a human antibody to a llama antibody. 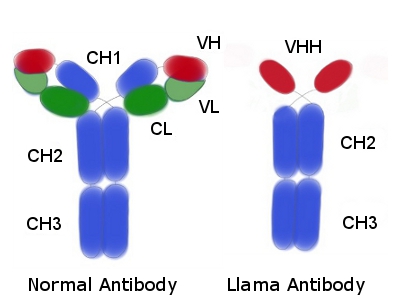