Now this is getting ridiculous! The red provinces and territories have current weather warnings. 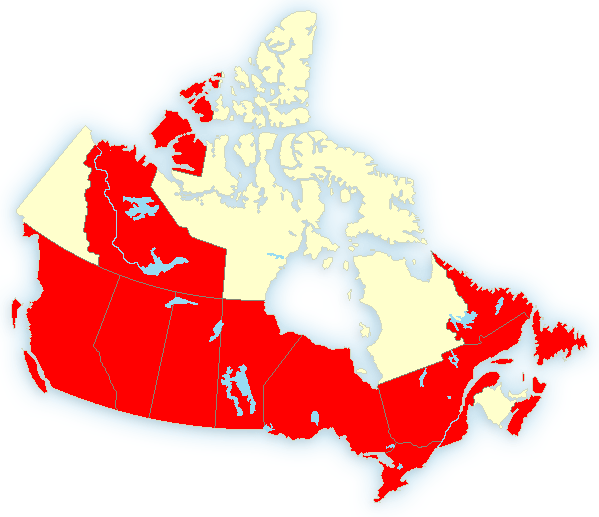 As I listen to the snow hitting the windows and the wind wuthering around the house, I’m glad I don’t have to go anywhere today.

A series of snowstorms is rolling across the northern U.S. and southern Ontario. The rather chatty weather warning called it “snowmageddon” the other day, which I found amusing.

So far there there has been one 15-car pileup on Highway 400, a northbound highway out of Toronto that is notorious for its whiteouts, when snow blows across so thickly that drivers can’t see what’s ahead of them.