Where did Expelled producers get their science videos?

Like the Expelled paternity test, this image shows graphically the “parentage” of the visual images used in the movie Expelled. It shows clearly that the images were copied, not generated anew from the science behind the images. 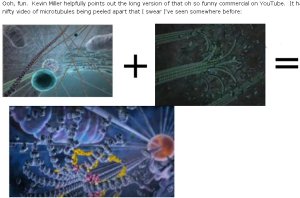 How much has changed 1: women’s distance running

In the 21st century (that’s now), women run marathons. Their times are about 15 minutes slower than the men’s times, but the gap has been slowly falling for years. Their prize money in the Boston Marathon has recently been raised to equal the men’s prize, which is essential for giving people the incentive and resources to compete wholeheartedly and perhaps even to train full-time.

In the 20th century, 1984 to be precise, women’s marathon became an Olympic sport for the first time. The first winner was Joan Samuelson of the U.S. 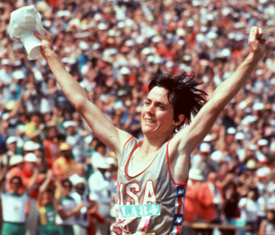 Earlier in the 20th century, 1967 to be precise, “K.V. Switzer ” signed up for the Boston Marathon. At that time, women were barred from running in marathons due to a belief that their wombs might fall out from the constant jarring. “K.” turned out to be Kathrine. She ran with a protective escort of male friends, which is a good thing, because about five miles into the race the co-director of the race, Jock Semple, ran onto the course and tried to tear off her race number. Her time was not recorded: because of her sex, her entry was deemed to be unofficial. 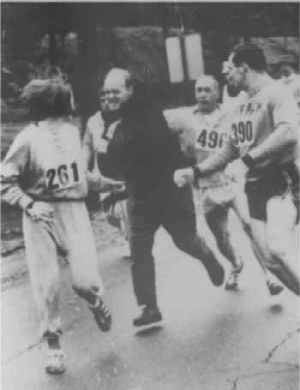 Incidentally, Kathrine Switzer was not the first woman to run the Boston Marathon, just the first official entrant. In 1966 Bobbie (for Roberta) Gibb ran the race unofically without a number, thus disproving that “women simply couldn’t run 26.2 miles.”

After 1967, women continued to run unofficially and to pressure the Boston Athletic Association to allow women to register for the race. Finally, in 1972, the association relented. Twelve years later, women were running Olympic marathons.